March is Women's History Month and a chance for us all to celebrate the trailblazing women who have contributed to our history, culture, and society. Interestingly, the month-long celebration grew out of an event organized by the school district of Sonoma, CA, in 1978. A few years later, their concept sparked similar events across the country, and in 1980 Jimmy Carter declared the week of March 8 as National Women's History Week, which eventually grew to be Women's History Month.

You may know that Graham was the publisher of The Washington Post. But did you know she was also the first female CEO of a Fortune 500 company? 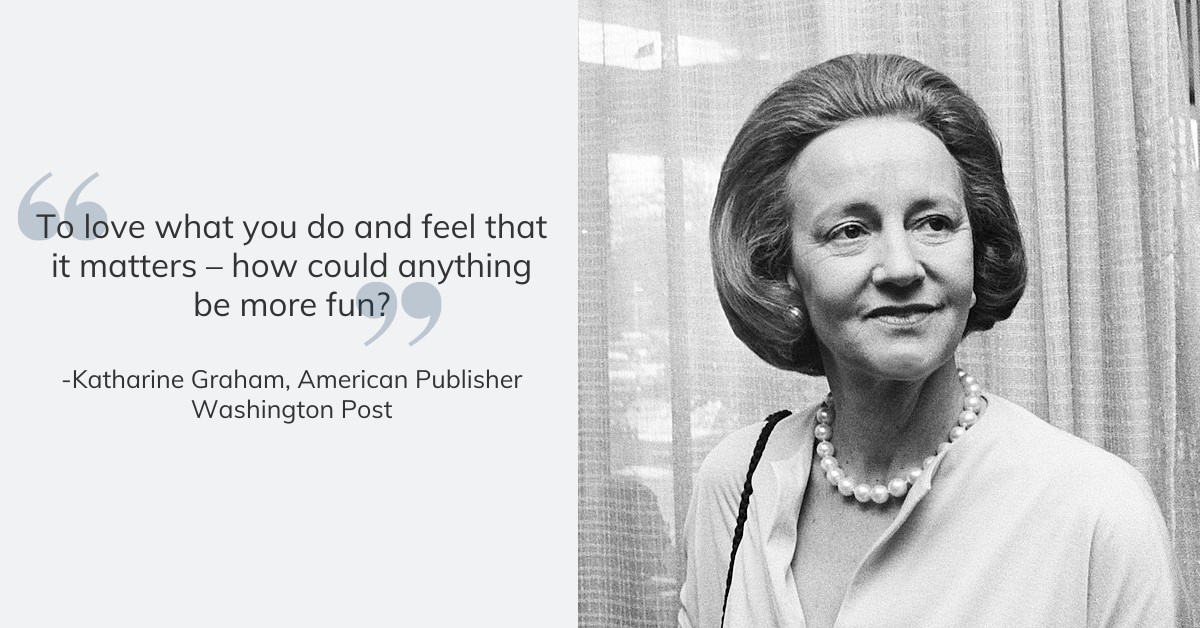 Taking over The Post in the 1960s, when newspapers were big business and dominated by men, Graham became a towering figure, not only in publishing but in American history. Her controversial decision to publish the Pentagon Papers hastened the end of the Vietnam War, and her paper's Watergate reporting led directly to the resignation of President Nixon. Under Graham, The Post became one of the nation's most influential newspapers and an illustration of the power and importance of a free press. For that, she has my utmost respect, and we're proud to honor her.

We hope you'll join us this month in reflecting on the extraordinary accomplishments of inspiring women in history and celebrating the women in your life.